The mandate of the organization is to provide support, communication, professional development and to act as the representative to government and national forums on behalf of adult EAL service providers.

The organization was formed in May 2012 in response to the transition from provincial to federal responsibility. The transition resulted in a gap in sectoral coordination and support for EAL settlement language providers in the Manitoba. Prior to April 1, 2012 Manitoba settlement language service providers were funded and supported by Adult Language Training, a branch of the Manitoba Immigrant Integration Program (MIIP). Following the announcement of the transition to federal funding several meetings to which all MIIP funded EAL service providers were invited took place. As a result of this meeting a decision was made to form an umbrella group to provide support, communication, professional development and to act as the representative to government and national forums on behalf of adult EAL service providers for the sector, and shortly after MEALO was formed.

Today MEALO has a board of directors and staff which represents a variety of service provider groups including: assessment, community based, post-secondary, urban and rural EAL programs, and settlement and language programming. The combined experience within the board represents decades of experience in the EAL sector both in Manitoba and in other provinces. The board brings their experience as senior administrators within their own organizations to the MEALO board. Most EAL service providers in Manitoba have long histories of delivering quality EAL programming for newcomers to Canada. MEALO draws from the expertise of its members to help guide and develop the organization and the sector. A sampling of organizations which MEALO is affiliated with include: MIRSSA: Manitoba Immigrant and Refugee Settlement Sector Association; English Online; WELARC: Winnipeg English Language Assessment & Referral Centre, Manitoba Institute of Trades and Technology, Mosaic- Newcomer Family Resource Network, and Age and Opportunity: Support Services for Older Adults Inc. MEALO currently has over 30 member organizations representing EAL settlement language programs across urban and rural Manitoba. 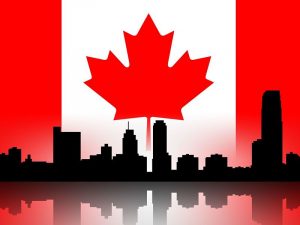